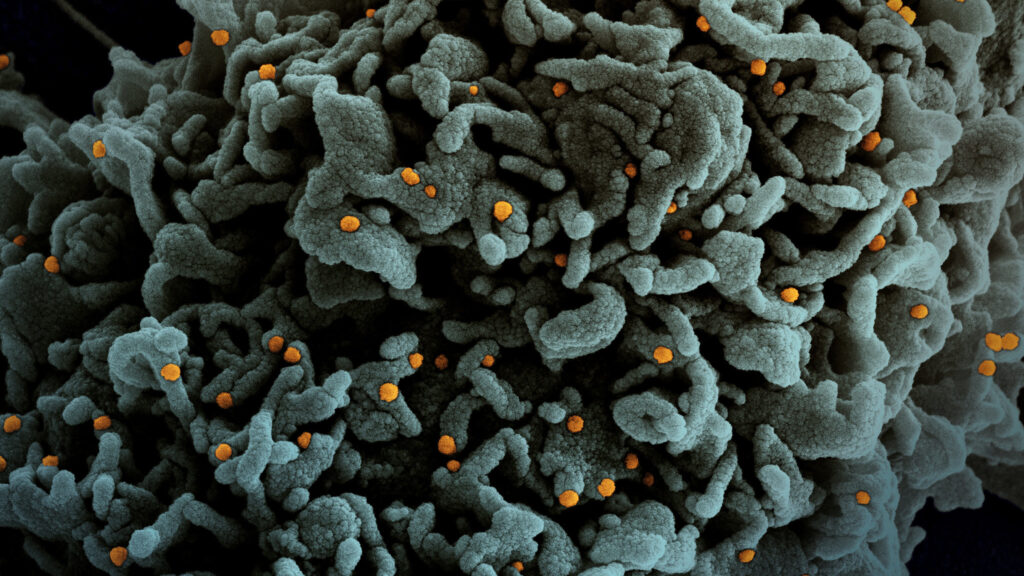 Six months after being diagnosed with Covid-19, 1 in 3 patients had also experienced a psychiatric or neurological illness, primarily mood disorders, but also strokes or dementia, a large new study shows.

About 1 in 8 of the patients (12.8%) were diagnosed for the first time with such an illness, most commonly anxiety or depression. Compared to control groups of people who had the flu or other non-Covid respiratory infections, early neuropsychiatric diagnoses were nearly double that.

The study, published Tuesday in The Lancet Psychiatry, used real-world health data from millions of people to measure the incidence of 13 brain disorders. Anxiety, mood, and substance use disorders were the most common, but the researchers also found worrying, albeit lower, rates of serious neurological complications, especially in patients who had been seriously ill with Covid-19. In all Covid-19 patients, 0.6% developed a brain hemorrhage, 2.1% an ischemic stroke, and 0.7% dementia.

“We urgently need research to better understand how and why this occurs in Covid-19 patients and how they can be treated and [how to] prevent it, ”said Max Taquet, a clinical researcher in psychiatry at the University of Oxford and a co-author of the study, in a call with reporters on Tuesday. “But we believe that regardless of the explanation, health services must be prepared for the increased demand shown by these data.”

The size of the study lends confidence to its findings, which confirm what has been hinted at in smaller studies, including previous work of the Oxford group. The researchers analyzed the electronic health records of 81 million American patients (both insured and uninsured), found 236,379 people who had been diagnosed with Covid-19, and compared them to three cohorts of similar people: one cohort had the flu, another had another respiratory illness. such as sinusitis or pneumonia, and one The cohort included people who were hospitalized for unrelated conditions, such as bone fractures or gallstones. The researchers hoped that comparing the Covid group to others would help isolate Covid-19 as a cause and discover its effects on the brain.

There were two exceptions: The researchers did not see an increased risk of Parkinson’s disease, a movement disorder, or Guillain-Barré syndrome, which is a rare disorder that occurs after some viral infections such as tingling and weakness when the immune system attacks the muscles. nerves.

Allison Navis, assistant professor in the division of neuroinfectious diseases at the Icahn School of Medicine at Mount Sinaia cautionary note sounded. The lead clinical neurologist at the Mount Sinai post-Covid clinic was not involved in the Lancet study.

“It highlights that something unique is happening with Covid,” he told STAT. “And the 12.8% who have a new diagnosis of something neuropsychiatric can sound very sensational. That 12.8% encompasses depression and anxiety, so it’s extremely important not to downplay that and not make it sound like a minor diagnosis at all, but more serious things like strokes are still pretty rare. I don’t want people to think that 1 in 10 people have a stroke with Covid. “

The new study reinforces previous research that showed that some brain disorders increased with the severity of the disease, increasing in people who needed to be hospitalized and increasing even more in people who needed intensive care. While 33.6% of people developed a neuropsychiatric illness overall, that risk increased to 46.4% among Covid patients treated in an ICU.

What is new is the distinction between neurological and psychiatric complications. People with very severe Covid-19 had a higher risk of complications such as stroke or dementia, but people who developed anxiety or depression spanned the spectrum of disease severity.

While the study did not examine the mechanisms that could explain the neuropsychiatric disorders associated with the virus, the authors speculated in the call with journalists that if patients know they have Covid-19, that and other stressors could contribute to a psychiatric illness. . “It could be psychological factors and biological factors and psychosocial factors, like, for example, the need to isolate themselves and the loss of income as a result of that,” Taquet said.

It is easier to link neurological disorders to the effects of the virus on the brain. Scientists believe that the virus can enter the brain through the olfactory bulb, where taste and smell are decoded. Inflammation throughout the body also damages the blood vessels in the brain and can lead to blood clots, delirium, or dementia that cause a stroke.

While medical records could tell researchers whether someone had previously suffered a stroke or been diagnosed with dementia, they couldn’t assume if someone was going to have a recurrence anyway or if Covid-19 caused it, Masud Husain, professor of neurology and cognitive neuroscience at Oxford and a co-author of the study, he cautioned. It will take a longer follow-up to answer that question, but the signal was too strong to ignore, he said.

Husain also cautioned that the figures they reported could be an understatement if they do not include people who were infected with Covid but did not test positive, or if people did not have symptoms that prompted them to seek medical attention. On the other hand, Covid-19 patients could be more likely to have a diagnosed neurological and psychiatric disorder simply because they were receiving more medical care compared to patients with the flu or other respiratory infections, Taquet noted.

This was not a Covid study for a long time, said Paul Harrison, a professor of psychiatry at the University of Oxford and a co-author of the study, referring to the constellation of persistent symptoms that overlap with some problems caused by neuropsychiatric illnesses described in the present. paper. But the need for more research and ongoing clinical care is the same.

“Unfortunately, many of the disorders identified in this study tend to be chronic or recurrent, so we can anticipate that the impact of Covid-19 could be with us for many years,” wrote Jonathan Rogers and Anthony David of University College London in a comment that appears with the Lancet study.